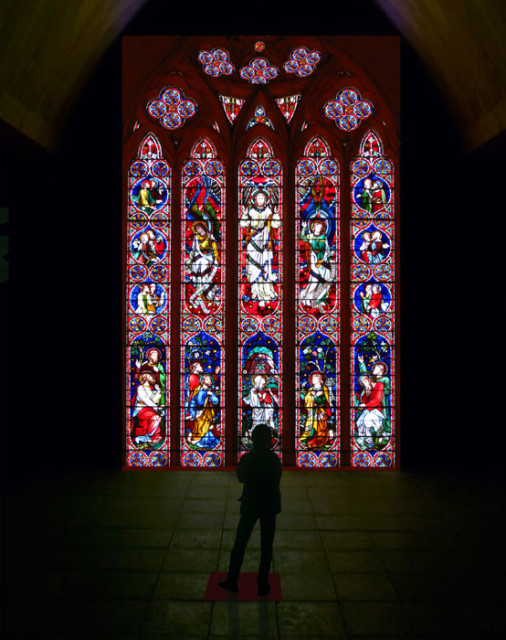 Short resume: This work is about an expectation of common computer/television user who is used to control and accelerate things in order to get to desired object/movie as quick as possible.

“The Unbearable Lightness is a 20 minute, interactive color video installation. The projection displays what appears, at first glance, to be the life-sized photograph of an elaborate stained glass window from the 19th Century St. Patrick’s Cathedral in Melbourne, Australia. An element of surprise is incorporated in this work with the use of movement. Standing in front of a work, the viewer notices that the subjects of the tableaux, the saints and angels, actually move after a short while with some unexpected action. The underlying theme of the installation is based upon human history of beliefs in supernatural beings, thus adding a layer of poignancy to the video. …”